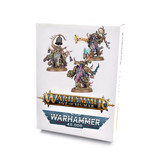 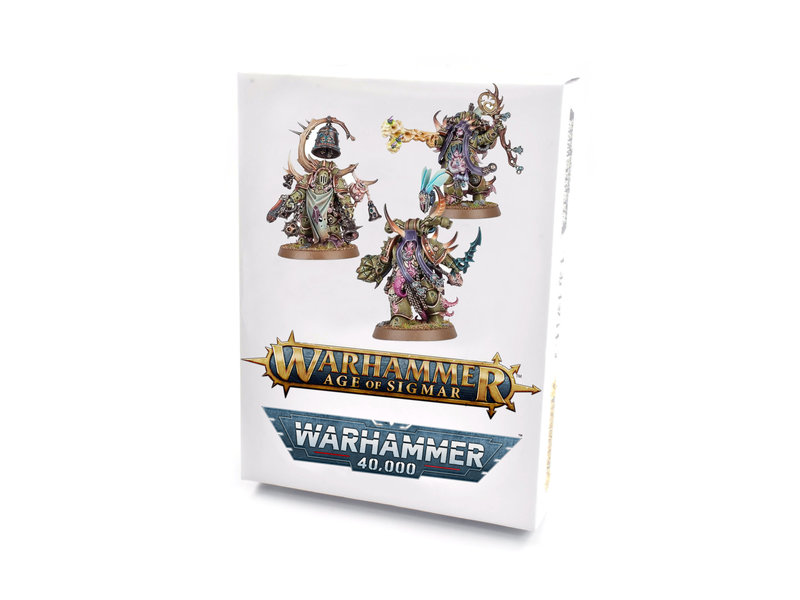 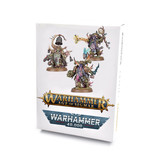 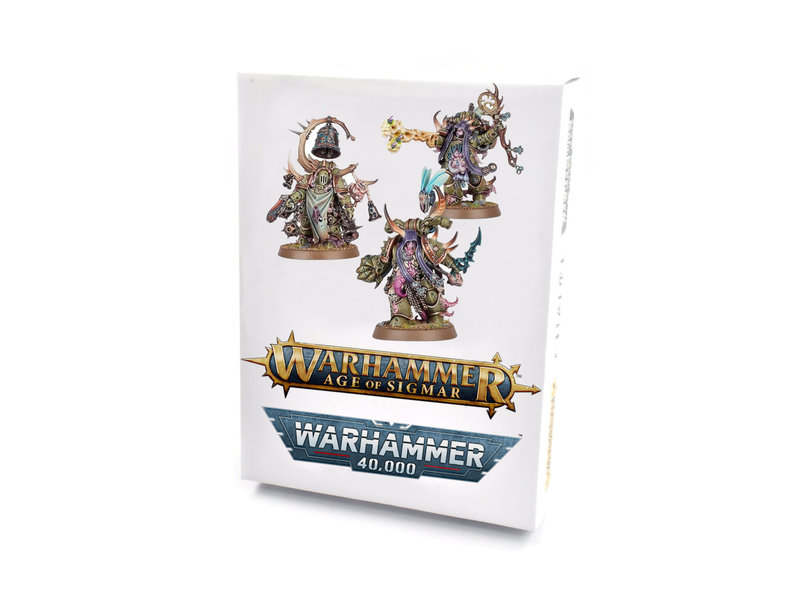 Malignant Plaguecasters are living conduits for the Garden of Nurgle's miasmas and maladies, while Noxious Blightbringers sow weakness among the enemy as their cursed bell tolls. The Plague Marine Champion drowns hordes of enemies in noxious slime from his plague spewer and cripples enemy vehicles with his blight launcher.

Add three Death Guard heroes to your collection with this kit. Malignant Plaguecasters can lead your army to victory supported by the disgusting diseases that following in the wake of the Noxious Blightbringer. The Plague Marine Champion gives you a great option to differentiate your Plague Marines squads. Each model is suitably blessed by Nurgle, meaning that they'll fit in perfectly with the rest of your army and provide a really cool painting project.