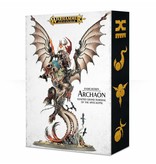 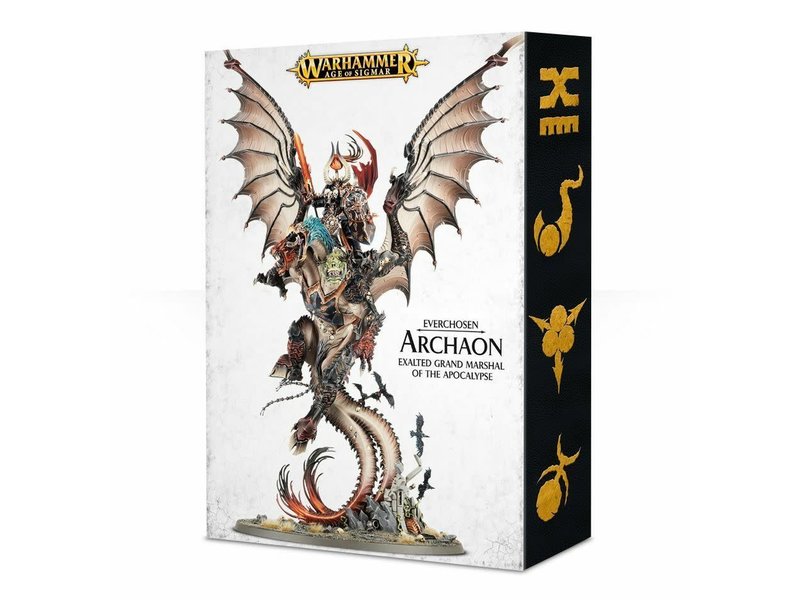 Close
This kit contains all the components necessary to make one absolutely staggering, enormous, intimidating Archaon, the Everchosen. Covered in the gifts of the Dark Gods, he bears the Armour of Morkar, featuring numerous Chaos markings, inscribed with runes of warding and malice. His shield displays the symbols of the Dark Gods, and he clutches the Slayer of Kings. His vast winged mount, Dorghar, has undergone countless horrific mutations as he consumed souls from the carcasses of Archaon’s bested foes - huge wings, the faces of unfortunate Stormcast Eternals whose souls he has consumed embedded within his skin, three daemonic heads and twin tails.
Eighty-five components in total are included, with a gigantic Citadel 160mm Round base.