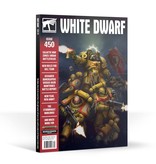 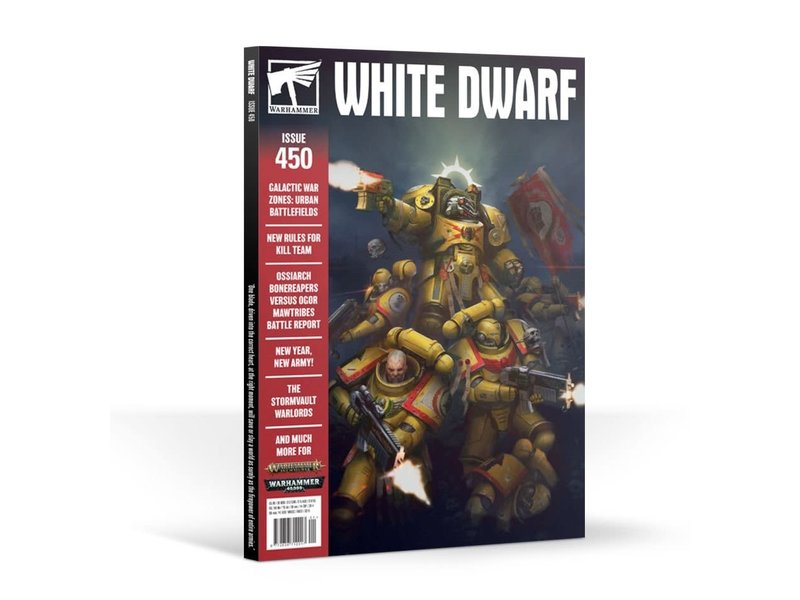 Here’s what you can look forward to in January’s issue:

Worlds of Warhammer
According to Phil Kelly, it’s all about that base. This month he explains how the bases your models stand on can make such a difference to the stories behind your collections.

Inside The Studio
What have the Design Studio’s hobbyists been up to this month?

Basing Masterclass
The talented members of the Warhammer World studio team join us to talk about basing your miniatures.

Galactic War Zones – Urban Battlefields
Eight pages of painting and modelling inspiration for urban environments – expect plenty of rubble, a bit of camo and a whole lot of grey paint.

WARHAMMER AGE OF SIGMAR
Rules of Engagement
Jervis joins us to discuss the three ways to play and how a little bit of all three can make for a rewarding gaming experience.

Red Prospects
Captain Gronki Klarruz of Barak-Zilfin finds himself in a dangerous situation when his skyfleet is assailed by daemons.

Skies of Slaughter
Check out part two of the rules for aerial combat in the Age of Sigmar, including 27 new warscrolls, five new skybattles and a campaign.

A Tale of Four Warlords – The Stormvault Warlords
Our four budding warlords return for the penultimate instalment of the series. It seems they've all been painting monsters!

Battle Report – Destroy the Nexus
Phil Kelly and his Ogor Mawtribe take on Jes Bickham and his Ossiarch Bonereapers in a desperate mission to destroy a Bone-tithe Nexus. Much blood is spilled and many bones crunched.

WARHAMMER UNDERWORLDS
Glory Points
John Bracken has usurped Dave Sanders this month to talk about preparing for a tournament.

Fates Intertwined
In the depths of Beastgrave, a mighty blade awaits a noble hero. It’s just a shame it's a grot that finds it…

WARHAMMER 40,000: KILL TEAM
Kill Team Dispositions
Are your kill team a band of stealthy guerilla warriors, or are they deadly headhunters? Here we present new rules and missions, enabling you to personalise your Kill Teams.

WARHAMMER QUEST: BLACKSTONE FORTRESS
A Daring Rescue
Dare you enter the Weeping Labyrinth to rescue a captured explorer? No, we wouldn't either, but then we're not space-faring adventurers. Find your next Blackstone Fortress mission right here.