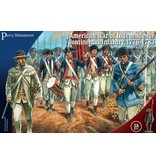 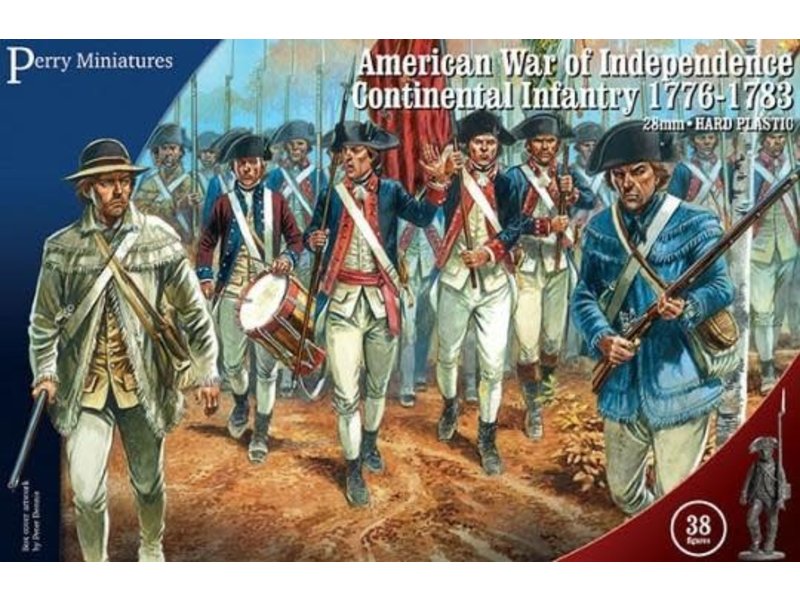 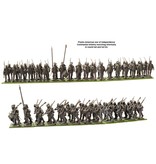 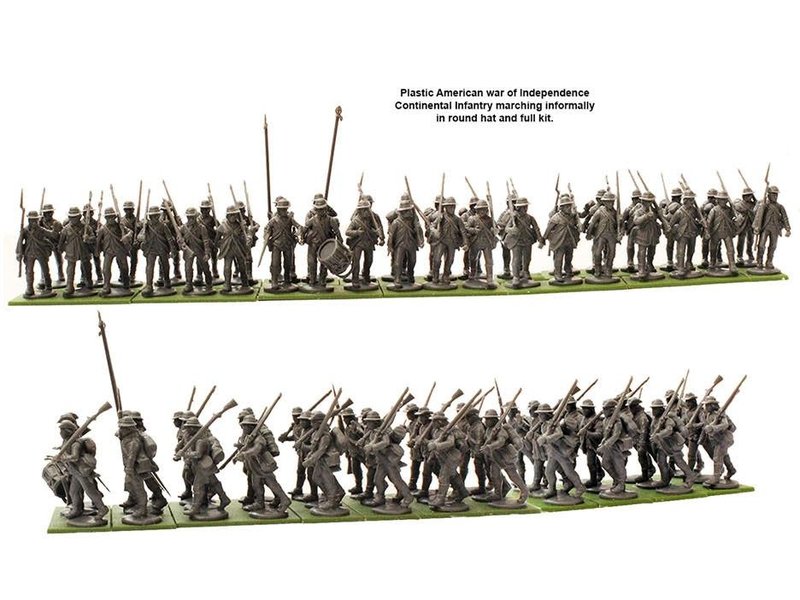 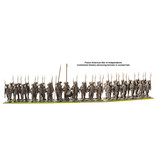 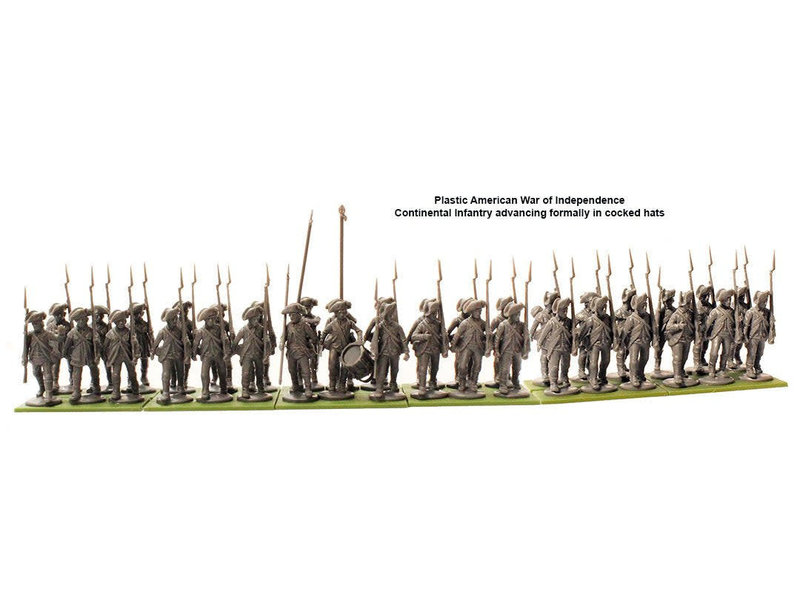 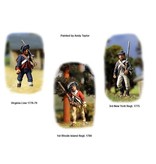 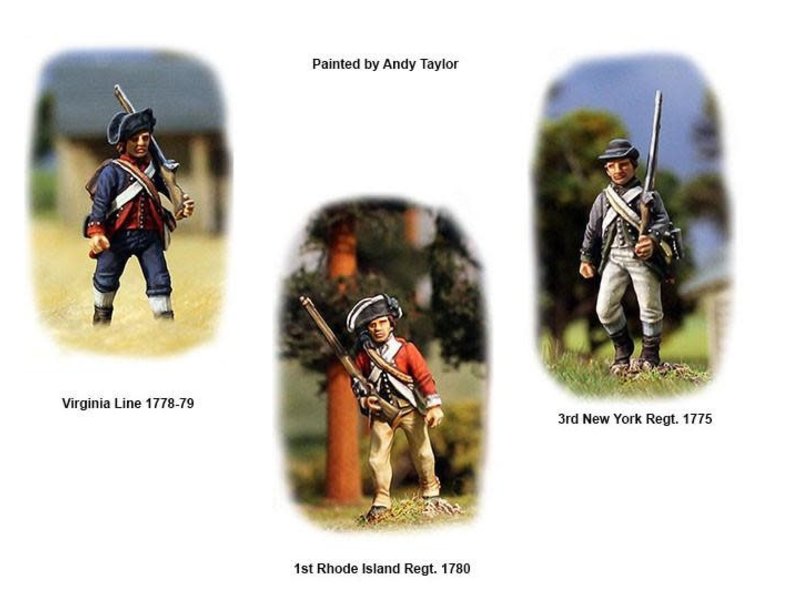 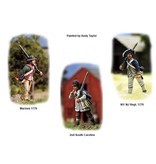 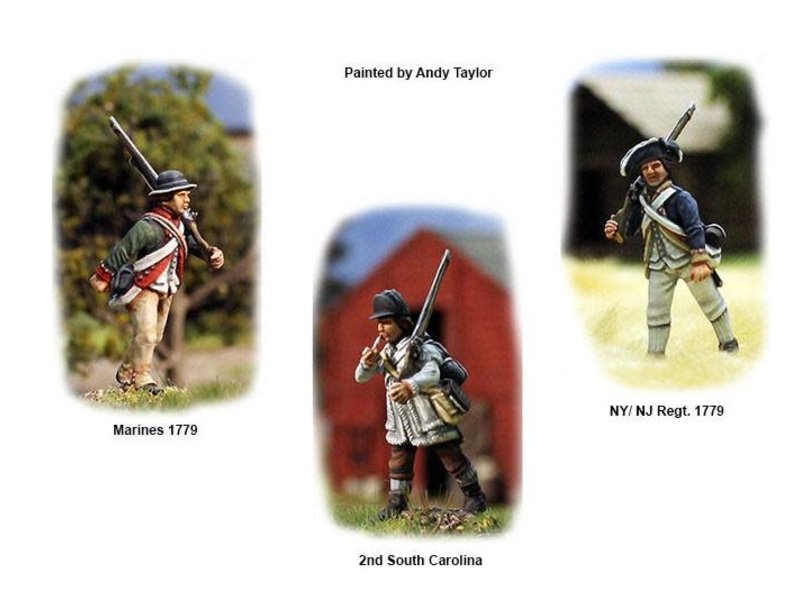 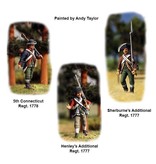 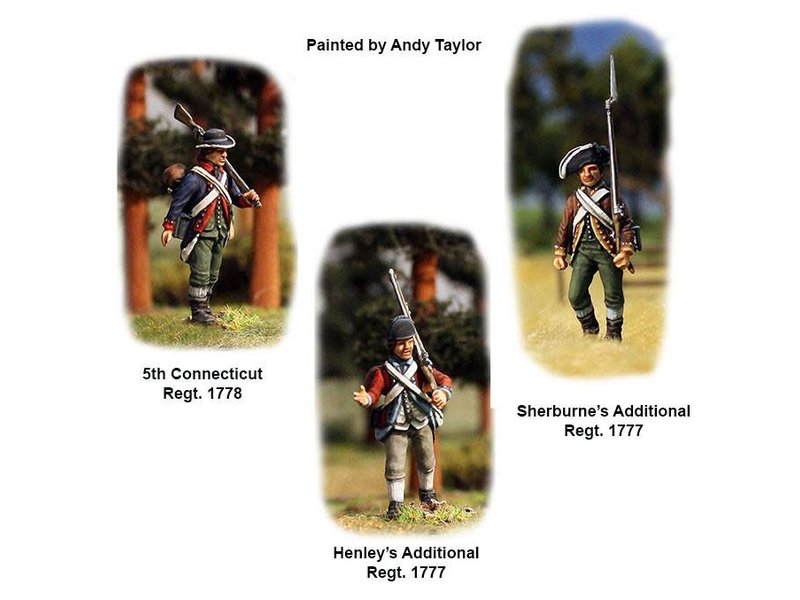 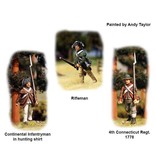 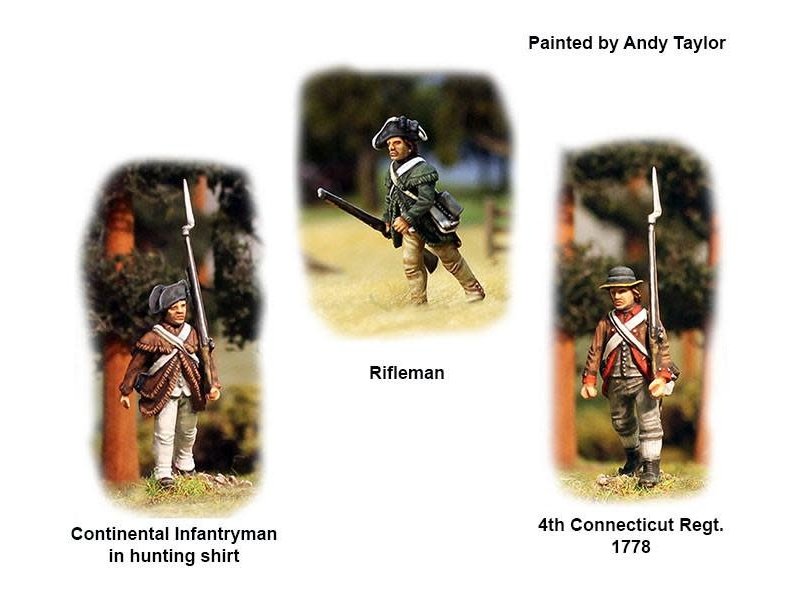 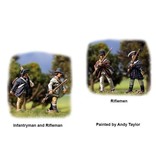 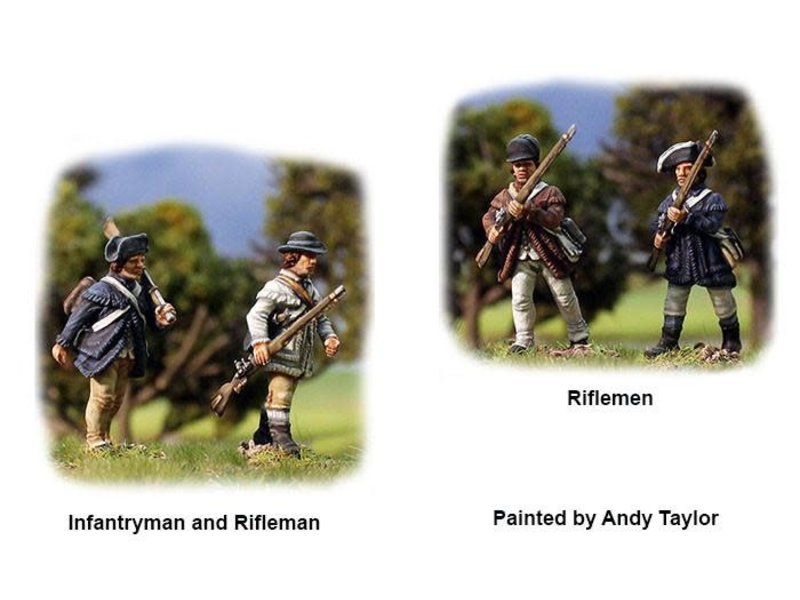 The box contains 38 Continental Infantry with the option of four to six command figures and up to four Riflemen. All the rank and file can be assembled in either formal or informal marching poses. Four figures on the 'Rifleman' sprue can be made up as either riflemen skirmishing or Continentals marching (formal and informal) in hunting shirts. These can be mixed in with the rest of the infantry, who are wearing coats, to create a less regular look to the unit. The command sprue offers the option of up to three officer types and up to two standard bearer options. A drummer and two sergeant arms are also included with all the figures in the box, you also have the choice of three different types of head gear; the cocked hat, the short-brimmed round hat and a peaked cap.

Although the box is dated from 1776, when the continental system came in, there are many regiments from 1775 that can be assembled and are included in the painting guide. A full painting guide (with over 120 uniforms), flags and unit bases are also include.