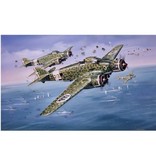 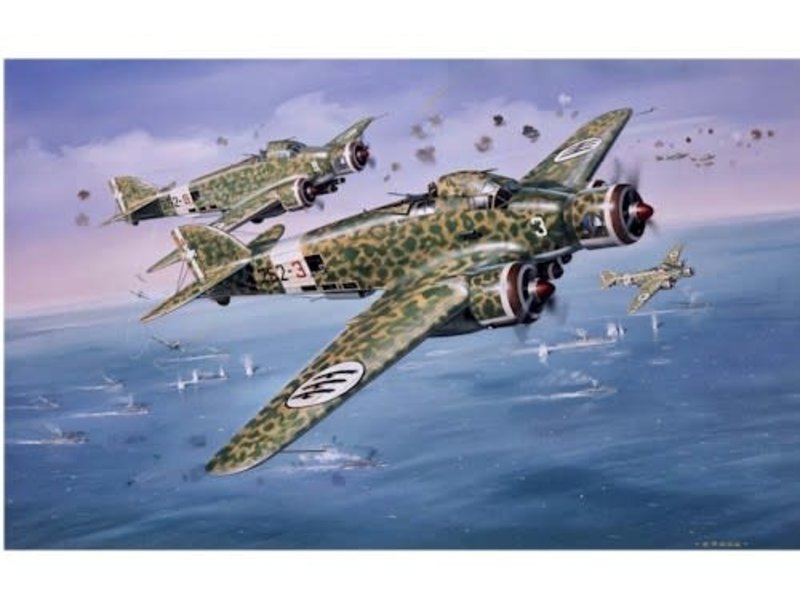 The Savoia-Marchetti SM79 ‘Sparrowhawk’ was Italy’s main medium bomber of the Second World War and one of the most effective bombers operated by Axis forces. With its unusual three engined configuration, the SM79 was a relatively fast aeroplane, possessing excellent endurance, which made it especially effective in operations over the Mediterranean. As a torpedo bomber, the SM79 earned a reputation for being one of the best anti-shipping aircraft of WWII and should the aircraft have to land on water as a result of damage sustained during an attack, the wooden wings and fabric covered fuselage gave the crew ample time to take to their life rafts. After the armistice with Italy, around 36 ‘Sparrowhawks’ continued to fight with the Germans, some wearing Luftwaffe markings.