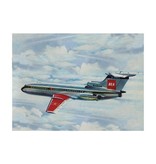 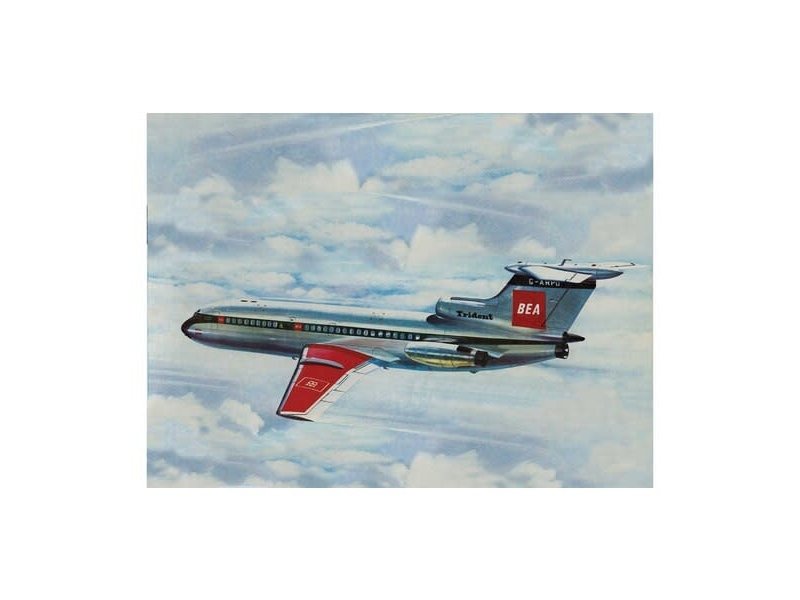 An aircraft which was a real triumph for the British aviation industry and one which can claim to be arguably the most advanced jetliner in the world at the time of its first flight in early 1962, the Hawker Siddeley 121 Trident should have sold in vast quantities, but eventually lost out to an American built competitor, the similarly configured Boeing 727. Originally envisaged as a longer range airliner capable of carrying a large passenger load, the project’s major customer, British European Airways, decided they actually wanted a high frequency, short haul aircraft for their domestic and European routes, a decision which resulted in a design change that would see Boeing develop their competitor design, the one which would eventually attract most operator interest.

The Trident was a revolutionary three engined ‘Tri-liner’ which incorporated many advanced design features, not least of which was a fully automated instrument landing system, an incredible innovation which is now standard on many of the world’s jetliners. Allowing the aircraft to effectively perform blind landings in zero visibility conditions, the first commercial fully automatic landing was performed by a Trident flying from Paris to Heathrow on 10th June 1965, another significant first for the British Aviation industry. With the Boeing 727 attracting all the sales the originally configured Trident might have hoped to secure, only 117 were eventually built in four major variants, with the largest operator British Airways retiring their aircraft in 1985.