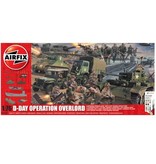 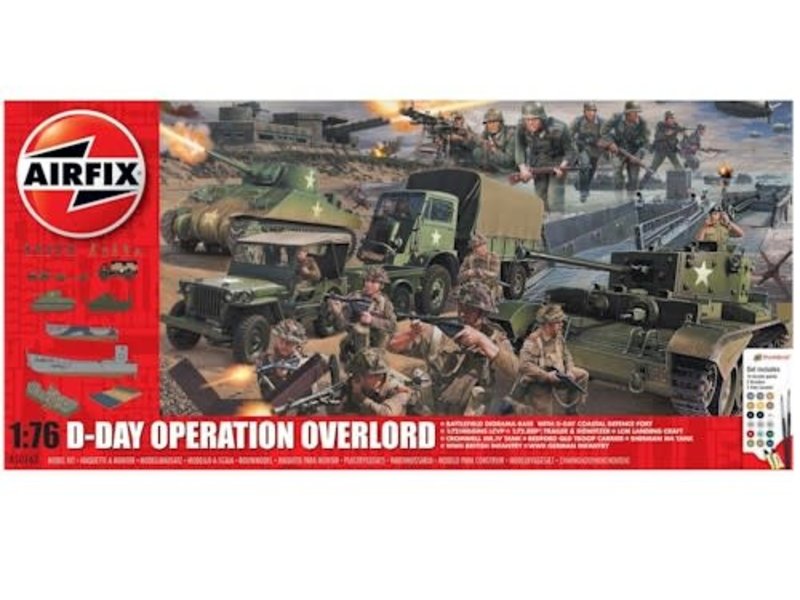 Early on the morning of June 6th 1944 the combined forces of the Allied armies landed on the Normandy beaches in Northern France in the most ambitious and important operation of the Second World War. With airborne troops already on the ground and fighting, the sea-borne element of the force began landing. This phase of the operation was codenamed Neptune and consisted of five invasion beaches, three British and Canadian (Sword, Gold and Juno) and two American beaches (Omaha and Utah). The landings themselves were preceded both by a powerful air attack and by a fierce naval artillery barrage from a vast armada of ships anchored off-shore.

The majority of the beaches were taken with casualties, but no severe losses, except for Omaha where the American troops were pinned down after the naval bombardment failed to destroy the German defences. But even this obstacle was overcome and once the beach-heads were secure, Allied troops and equipment were quickly brought ashore, ready to continue on and liberate the occupied countries of Western Europe and ultimately to defeat Germany and win the war.

This collection comes from the Normandy beach-head, with tanks, landing craft, trucks, a gun emplacement, soldiers and a diorama base to enable you to recreate this momentous day. Airfix Gift Sets are ideal for more advanced modellers and include glue, acrylic paints and brushes.