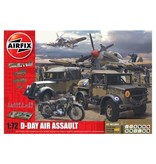 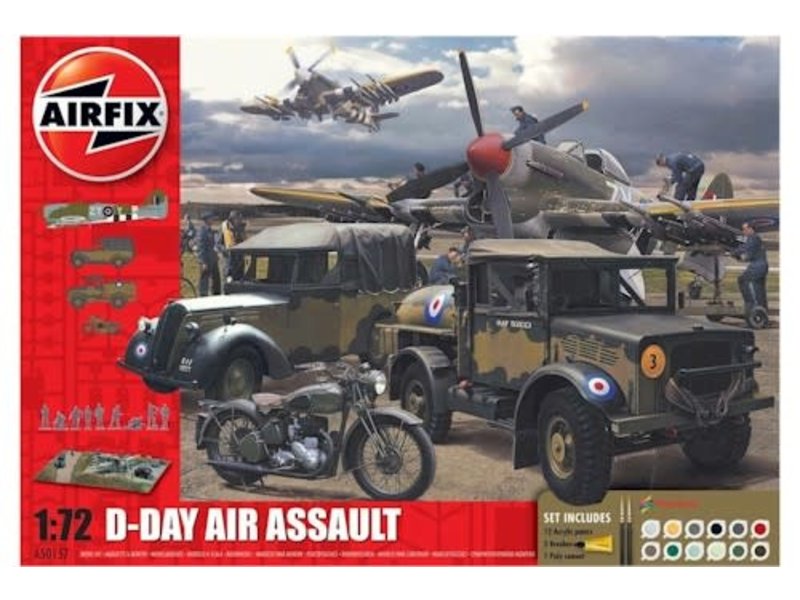 On the eve of June the 6th 1944, the vast majority of mainland Europe was either under the control of Hitler's Nazi regime, or heavily influenced by it. Only Britain stood free in Europe and openly opposed the fascist regime then seeking to control the world. Supported by the United States and Canada, as well as troops from the then occupied nations, the 6th of June marked the Western Allies return to France after the humiliation of the evacuation from Dunkirk in 1940. The invasion required the Allies to hold total air superiority over the Normandy landing grounds. The lead up to the day had seen thousands of sorties carried out by Allied aircraft. From heavy bombers relentlessly pounding targets of strategic important in France, to fighter bombers such as the Hawker Typhoon that attacked enemy troop formations and smaller targets - the Allied air assault was total.

Due to the distance from Normandy to the UK, once the Allied had a foothold on the French coast, small temporary airfields were immediately established which gave the Allies the opportunity to fly more sorties and to be closer to the action. Some of these airfields were so close to the frontline they suffered mortar attacks. These airfields were to prove their worth, and with the help of Allied airpower, Hitler's armies were pushed further and further back, culminating in the defeat of Nazi Germany just eleven months later.