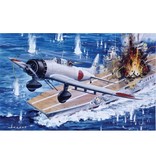 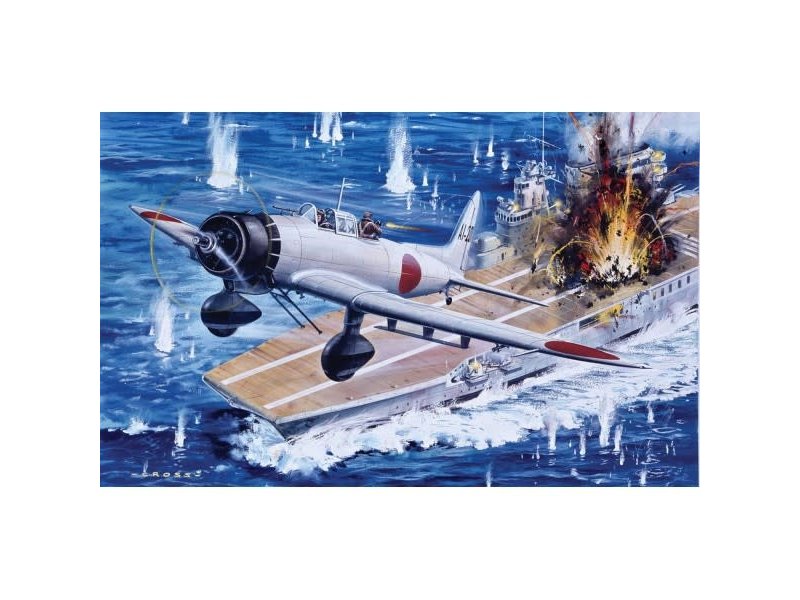 In the months which preceded the start of the Second World War, the Imperial Japanese Navy were arguably the best equipped force of their kind in the world, especially when it came to the carrier-borne aircraft they could call upon. In addition to the exceptional Mitsubishi Zero fighter, the Japanese Navy also possessed the Aichi D3A1 ‘Val’ dive bomber, an extremely rugged aircraft which was ideally suited to the rigors of flight operations at sea and one which was agile enough to defend itself once it had delivered its deadly payload. With the capabilities of its aircraft coming as an unwelcome surprise to Allied military planners in the wake of the Pearl Harbor attack, the well trained crews of ‘Val’ dive bomber units would take a heavy toll of Allied warships over the coming months, posting incredible bombing accuracy statistics which were approaching 90 percent hit rates.

With around 129 Aichi D4A1‘Val’s’ taking part in the two Pearl Harbor strike raids, many of the aircraft were sent to target the several American airfields on the Island of Oahu, using precision strikes to ensure as many US aircraft were destroyed before they could take to the air, thus minimising potential losses to the aircraft assigned to attack ‘Battleship Row’. Unfortunately for Val crews, their period of dominance in the Pacific would only last a few short months, as increasingly accurate anti-aircraft fire and more capable Allied fighters soon relegated this once feared bomber to secondary duties and kamikaze missions.