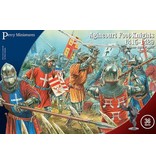 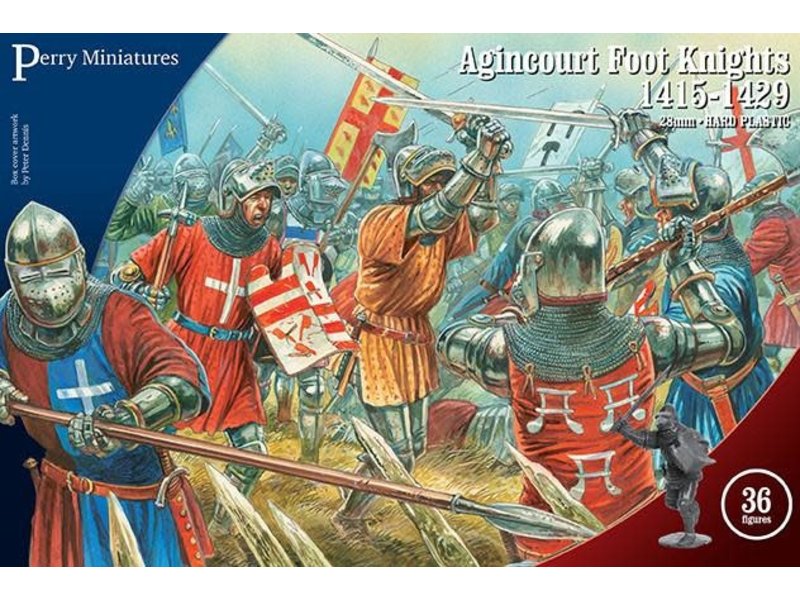 With a mere 112 dead, and an unknown number wounded, Henry’s exhausted English defeated the French against all odds, whose estimated casualties were 7,000–10,000 (mostly killed) and 1,500 noble prisoners. A truly unbelievable number historically attributing to the myth of the English long bow.

Fighting across the muddy battlefield, perhaps the terrain itself will be your ally – will you follow the nobles code of honour? Or fight as though your life depends on victory!

This box contains 36 plastic Knights/Men at Arms. There 18 ‘English’ knights and 18 ‘French’, however all could be used for the same side or any West European nation. They are armed with cut-down lances/spears, pole arms and swords.