Age of Rebellion - Strongholds Of Resistance 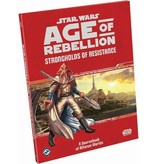 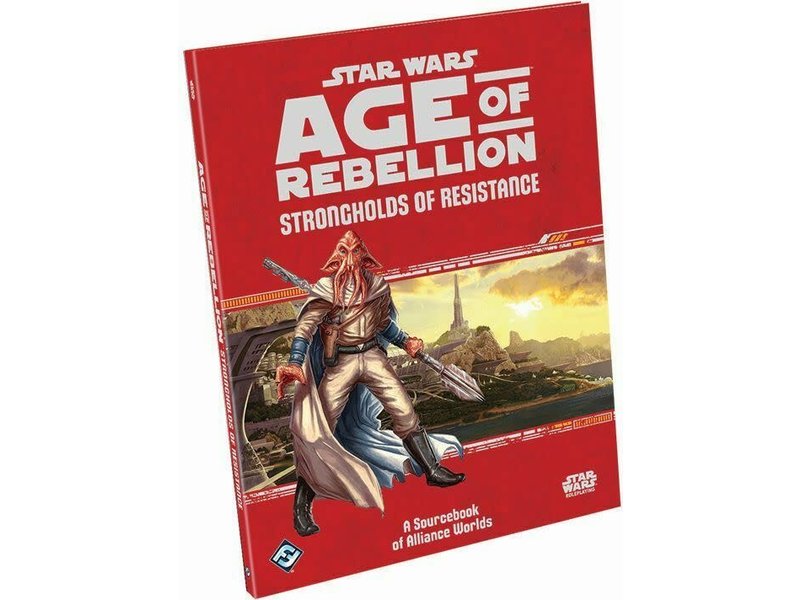 Your missions for the Rebellion take you to brave Alliance worlds and fortified secret bases in Strongholds of Resistance, a sourcebook for Star Wars®: Age of Rebellion.  While countless planets quietly sympathize with the Rebellion, a few worlds are openly defying the Empire. Yet the Rebellion is more than these Alliance worlds – its true command centers are scattered across the galaxy, hidden on far-flung asteroids and inhospitable planets. With this 144-page sourcebook, you can engage in the diplomatic intrigues and internal conflicts of Alliance planets from Mon Cala to Chandrila, or participate in the covert operations and inner workings of hidden Rebel bases, including the iconic Echo Base on Hoth.

Strongholds of Resistance provides thorough descriptions of several Rebel bases, Alliance Worlds, and the NPCs that your group of Rebels may encounter in these locations. It offers players three new species to craft characters from and a panoply of vehicles and gear to help characters carry out dangerous Rebel assignments. For Game Masters, it includes new modular encounters which can serve as single-session adventures or be easily integrated into your Age of Rebellion campaign.