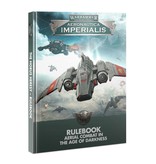 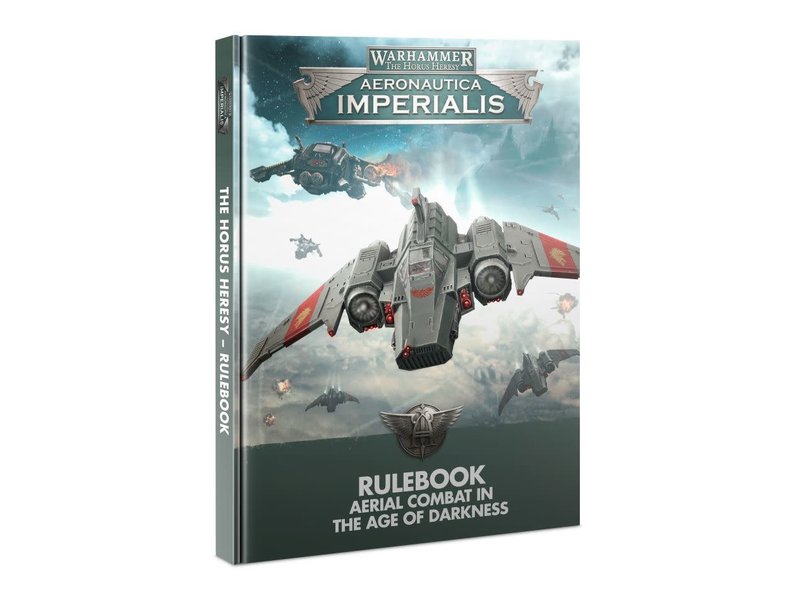 Inside this 112-page hardback book, you'll find:
- A complete set of core rules for playing games of Aeronautica Imperialis, from shooting down enemy aircraft to giving your pilots ace skills
- A timeline of air battles in the Age of Darkness, from the War in the Webway to the Inwit Blockade
- Detailed narrative of the Fall of Vanaheim, a battle between Iron Warriors and invading Imperials in the skies of a crucial Forge World
- A collection of eight scenarios suited to re-enacting key moments in the Fall of Vanaheim, such as The Dogfight, Canyon Attack Run, and Troop Landing
- Full-colour illustrations of various Imperial aircraft, depicting the heraldry of the Space Marine Legions and other markings common to the 31st Millennium
- Rules for fielding a force of Legiones Astartes drawn from either the Traitor or Loyalist Legions, with a unique upgrade for each Legion
- Rules for the Divisio Aeronautica, the Imperial Navy of the 31st Millennium, who were split between the Warmaster and the Emperor
- Rules for the Ares Gunship, a terror weapon that can be fielded alongside Legiones Astartes or Divisio Aeronautica, or in a full Legio Custodes force
- Photocopiable assets including a quick reference sheet, a movement diagram, and tokens