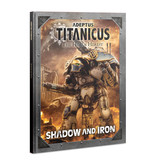 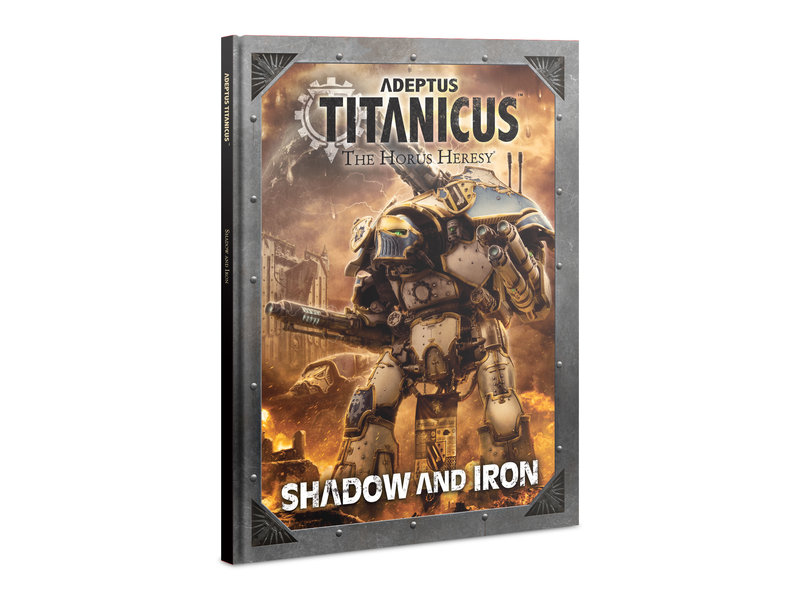 Inside this volume you will find:

– An overview of the Shadow Crusade and Crusade of Iron
– Rules for using psi-Titans of the Ordo Sinister, including four psychic powers
– Background and Legion-specific rules for six Titan Legions: Praesagius, Oberon, Lysanda, Infernus, Mordaxis and Audax
– Background and rules for six Knight Houses: Orhlacc, Vornherr, Vyronii, Mordred, Malinax and Ærthegn
– Full colour examples of paint schemes and heraldry
– Four new maniples to use in your games
– Rules for three new weapons – the Sinistramus Tenebrae, Natrix shock lance and ursus claw – plus new weapon traits
– 18 new Stratagems
– Five narrative missions based on the greatest battles of the Crusade of Iron
– Extensive rules for organising an Adeptus Titanicus campaign
– Guidelines for map campaigns and different worlds to battle across
– How to build and maintain a Titan battlegroup or Knight Household across multiple games
– Rules for hostile battlefields based on conditions across the 500 Worlds of Ultramar, including worlds where the warp has taken hold