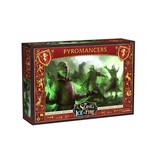 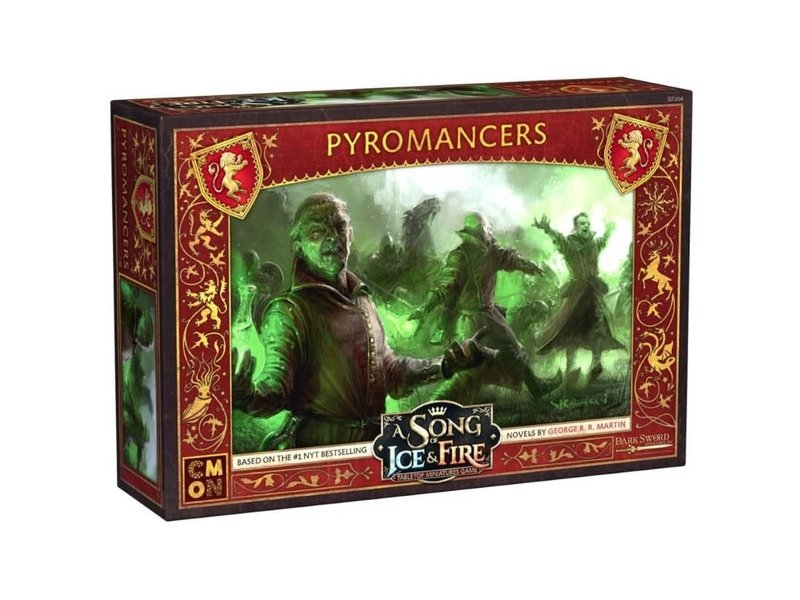 When in war, a Commander must take advantage of all of the technology at their disposal. Minor breakthroughs can provide a slight edge on the battlefield, but when a discovery like Wildfire is made, it’s enough to turn the tide of a conflict.

With the Pyromancers Unit Box for A Song of Ice and Fire: Tabletop Miniatures Game, Lannister Commanders will be able to take advantage of ‘the substance,’ a volatile, green, liquid that sticks to armor and burns the flesh inside. It is a powerful tool on the battlefield, but wielding it can be dangerous, and mishandling it can be disastrous to their own troops. However, it’s worth the risks when they see the panic Wildfire can induce in the opposing forces. The Alchemists’ Guild is about the make its mark on the war.