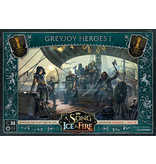 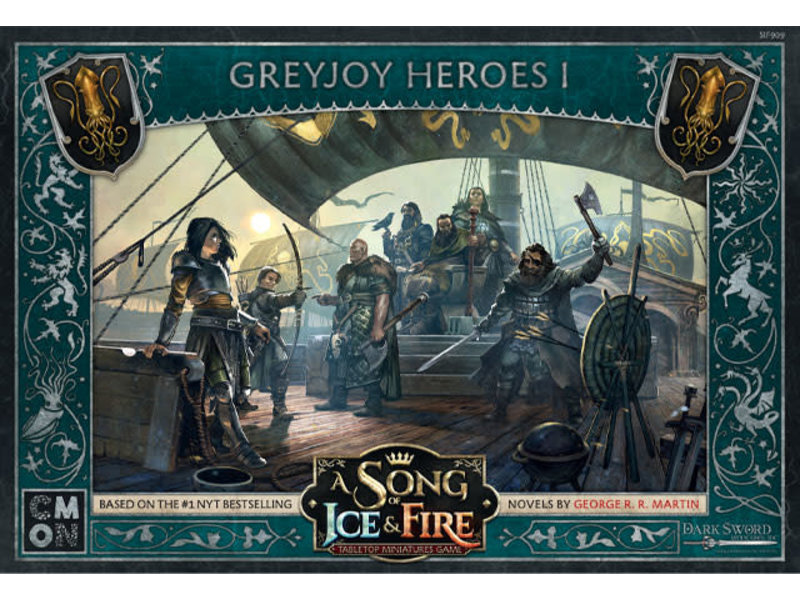 While the Lannisters, Starks, Baratheons, and factions within Westeros are busy fighting over the Iron Throne in King’s Landing, House Greyjoy is taking the opportunity to extend their influence over the continent’s coastlines. No strangers to piracy and raiding, the Kraken is extending its tentacles far inland, ready to reap the benefits of armies away from home, leaving areas undefended against their quick assaults.

The Greyjoy Heroes Box #1 for the A Song of Ice and Fire: Tabletop Miniatures Game gives those that march under the Kraken banner a whole host of new characters to add to their army. Composed of new Attachments and NCUs, this set allows players to customize their forces with some of House Greyjoy’s prominent figures. Theon Greyjoy, Erik Ironmaker, Qarl the Maid, and Nute the Barber, plus more, are all represented by highly-detailed figures within.