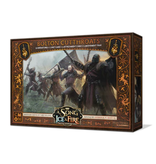 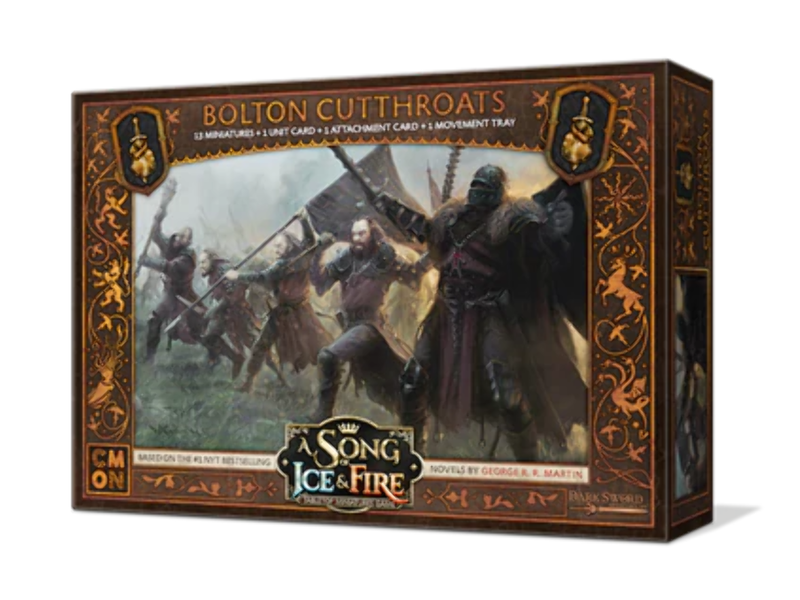 On a battlefield where the fighting is done up close and personal, a reputation for vicious brutality can be just as effective a weapon as any blade or bow. The Bolton Cutthroats have simple armor and only a spiked mace at hand, but they are coldly efficient at cutting down enemies with much more elaborate armaments.

The A Song of Ice and Fire: Tabletop Miniatures Game Bolton Cutthroats unit box contains 12 different Bolton Cutthroat miniatures in four different sculpts, one Dreadfort Captain Unit Attachment, a Movement Tray, and all of the associated Unit cards. The Cutthroats specialize in driving fear into their opponents, and with the Vicious Trait, they’ll be able to force their enemies to fail Panic Tests on a regular basis. It’s one thing to read about war in books, it’s quite another when you’re standing across the field from men who kill for sport!