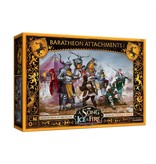 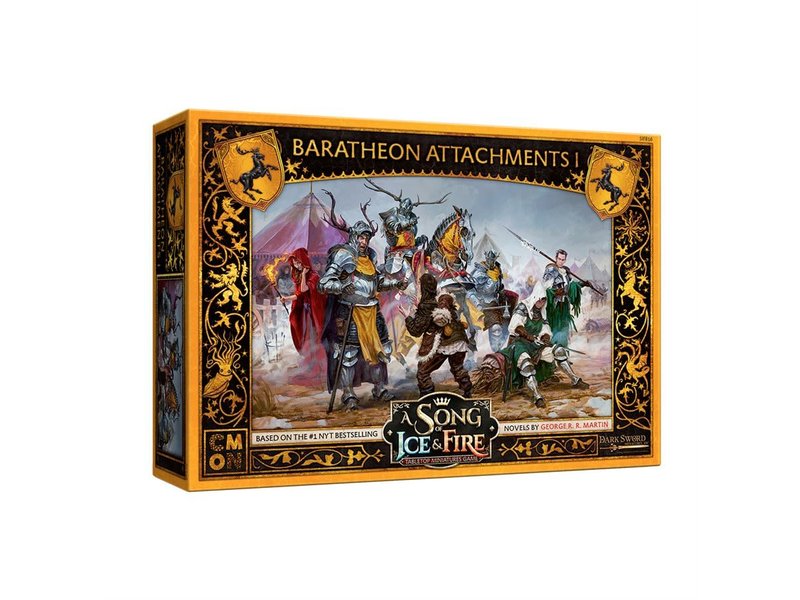 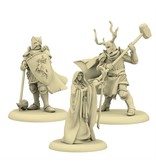 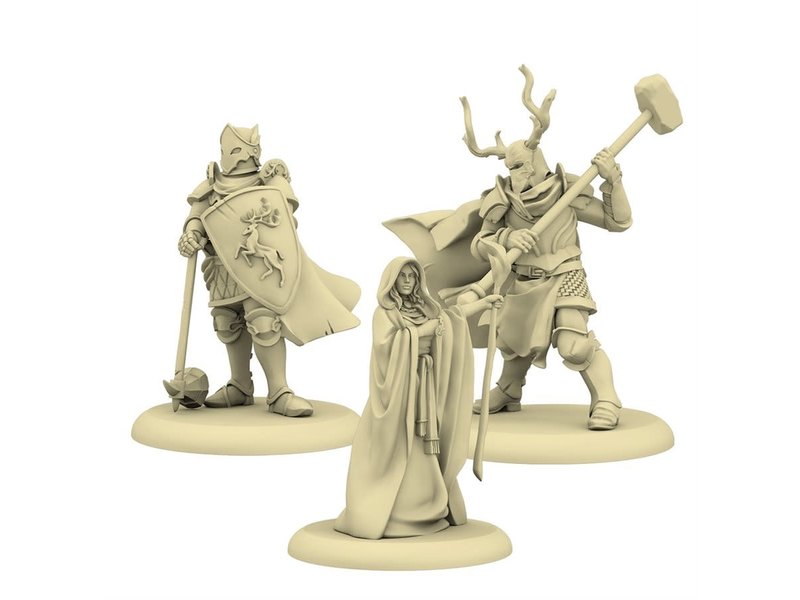 With the death of Robert Baratheon, many have put in claims to be the next rightful person to sit on the Iron Throne. For House Baratheon, two people have made that claim. Both of Robert’s brothers, Stannis and Renly, have each decided it is their turn to rule. This has torn House Baratheon in two as half has thrown in with Stannis while the other half backs Renly. With House Baratheon’s great resources, each still has a chance to be the next to rule from King’s Landing.

The Baratheon Attachments #1 box set for the A Song of Ice and Fire: Tabletop Miniatures Game gives House Baratheon players a host of new options when they’re building their armies, whether it’s for Stannis or Renly. Some of the Unit Attachments will work for both brothers, while others can only be added to particular forces. Either way, these new options will bolster House Baratheon’s already well-equipped troops, making their armor tougher, their speed faster, or letting them last even longer on the battlefield.