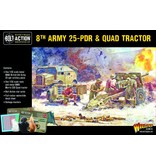 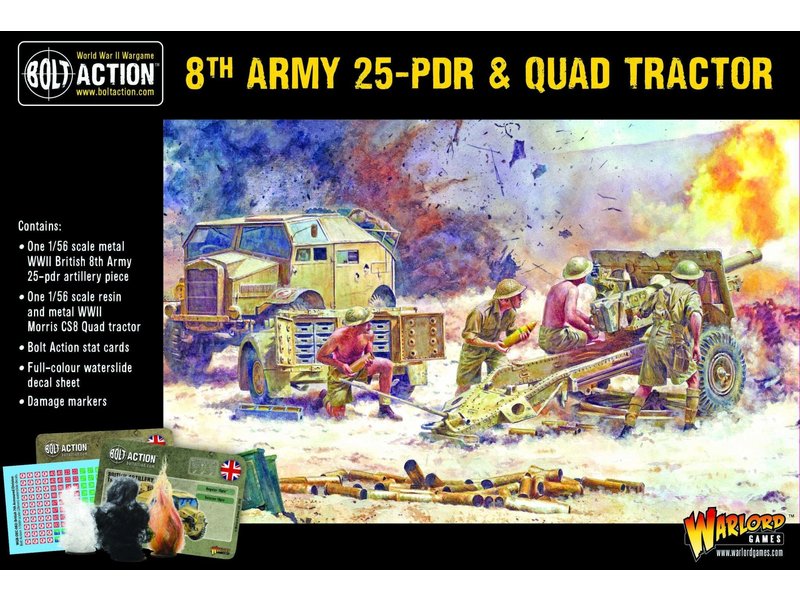 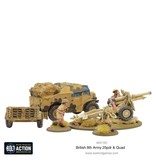 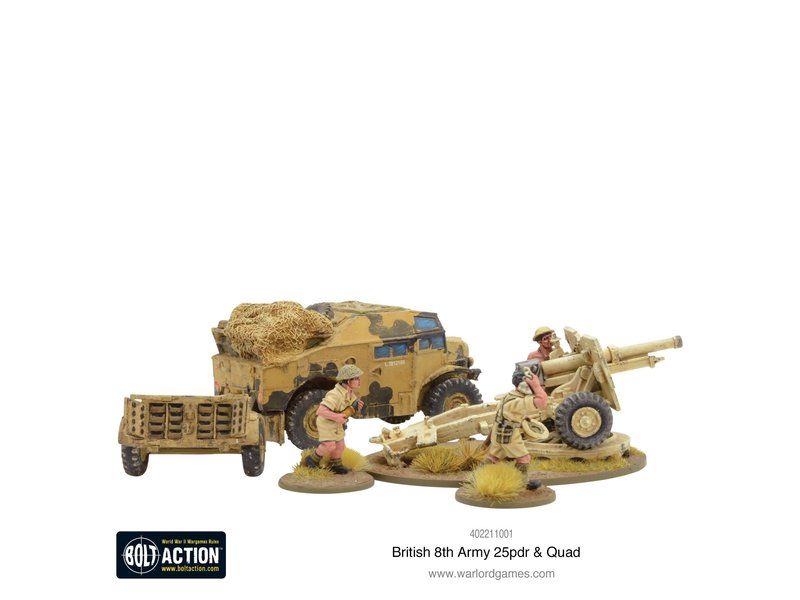 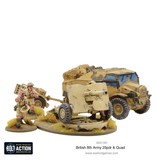 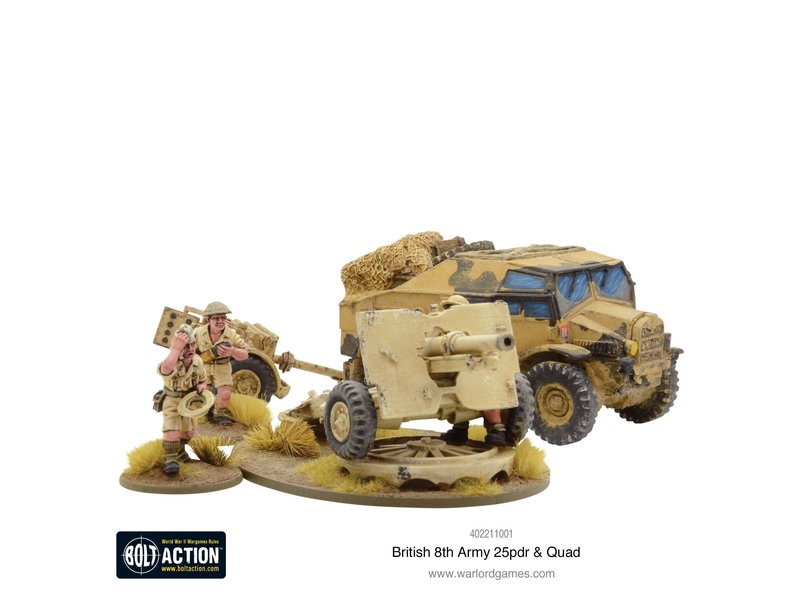 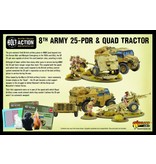 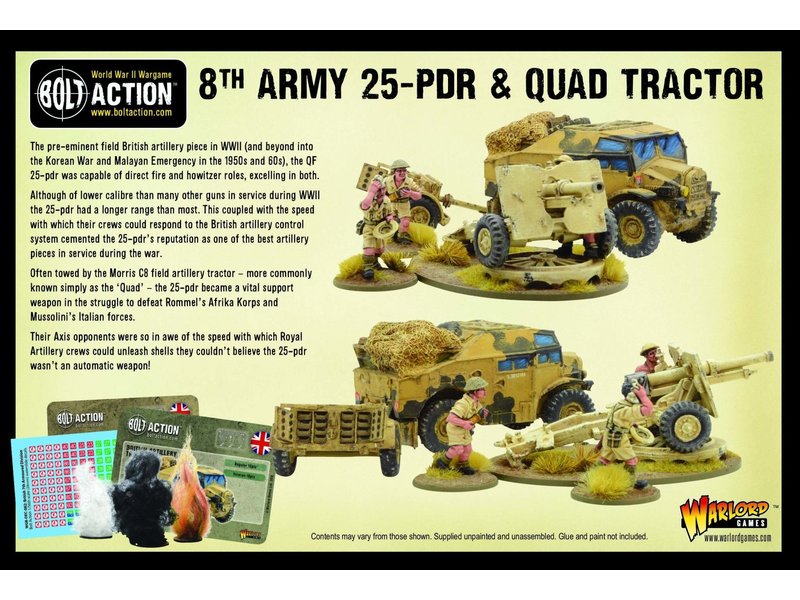 The standard British field gun of World War II was the 25-pdr gun-howitzer, a versatile weapon with a calibre of 3.45 inches (87.6mm). This was the weapon used in overwhelming numbers in every theatre, although the 3.7-inch (94mm) Mountain Howitzer was also deployed in the Netherlands and the Ruhr by units originally equipped for mountain fighting in Greece. Some airborne units used a lightweight version of the same weapon. We categorise the 25-pdr as a light field gun for our purposes – although it was really an intermediate type capable of providing close range support and longer-range indirect fire. It was also pressed into service in an anti-tank role, and we’ve allowed for this by giving it a separate anti-tank shell.

In the Western Desert, the 25-pdr often found itself pitched against enemy tanks. It was provided with an AT shell which was fired with the maximum charge over a flat trajectory to achieve the highest velocity.